Narrowing focus to speed up growth 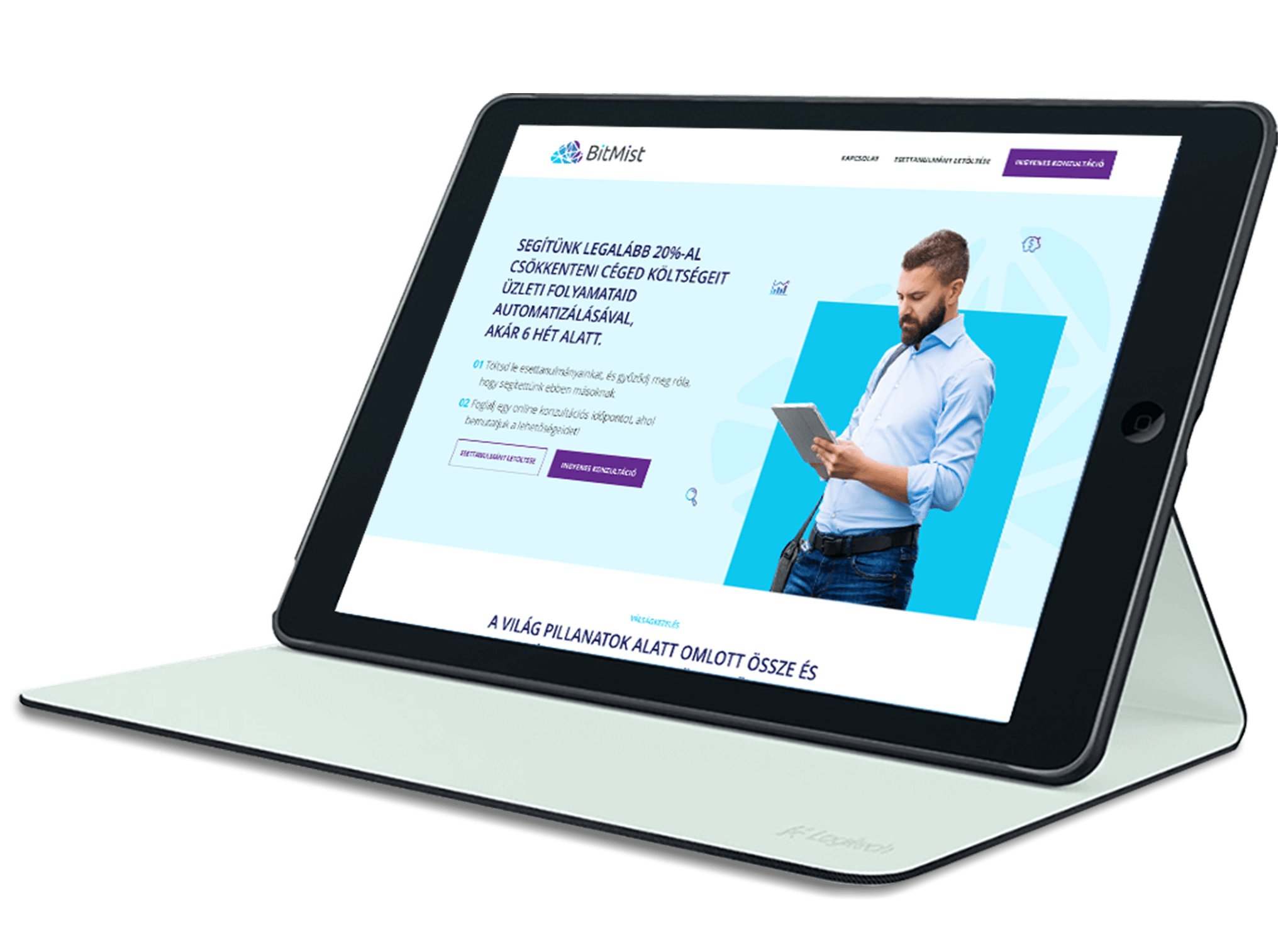 Bitmist is a B2B service provider, focusing on sales automation. We got involved on account of an ongoing marketing project – they realized that, in order to create effective marketing, they needed to know who they really are and whom they serve.

We helped them clarify their values and target personas, allowing them to communicate clearly through the right messaging and visual identity. Finally, we designed their website to display the newly focused brand.

We were involved in this project through a partner company – a marketing agency – who were tasked with creating an online lead-generation system for Bitmist. They soon realized a piece was a missing from the puzzle: they had no way of marketing the company effectively, as they had no idea what to say, and to whom. Bitmist was essentially just another Salesforce implementation company – they had no real brand.

Their messaging was inconsistent, their target audience too broad. Despite all of this, they were doing quite well – but their growth was slow and needed help to take the next step.

Part of our challenge was to show the founders that, in order to ultimately arrive at an efficient marketing system, they first needed to take a step back.

Then came the real challenge – identifying the values and true fans of Bitmist.

In order to create consistent messaging, we needed to strip away everything, down to its core, and identify what made the company special.

First, we had a close look at their customers. Together with the marketing agency, we conducted in-depth interviews with a diverse range of former clients.

Based on our findings, we could define the macro personas, and several micro personas, regarding the target audience.

With the help of this new information, and multiple discussions with the founders, we identified the core values that made Bitmist unique.

Once we had a sound strategy to follow, we were able to redesign their brand identity. We redesigned their visual identity and, working closely with the marketing agency, we defined their messaging.

This was not a complete redesign, in a sense that the company did not want to part ways with its past. They already had some reputation; the goal was to focus their efforts where they were most likely to be appreciated. For this reason, we kept some characteristics of the original identity.

We kept the logo and the base colors but added some lighter accents to give it a fresher look – in accordance with the newly defined personas. We deconstructed the logo, and used the resulting, abstract shapes as part of the new visual identity. We designed some custom icons as well and added some new imagery.

Finally, we redesigned their website based on the marketing agency’s research. We created the new information architecture and layout collaboratively. The aim was to create a sales-focused site, with clear messaging, to immediately engage the right viewer.

The project turned out to be measurably successful. The marketing agency was able to use the foundations we laid down to design and operate an online lead generation system – with the right content, targeted at the right people.

Through utilizing multiple channels, such as Google Ads and LinkedIn, they were able to drive traffic to the website and produce a number of conversions – for the first time since its foundation, Bitmist had a reliable system to generate leads, increase sales and grow the company.

We are excited to see the future of Bitmist, and look forward to working with them again, if they decide to expand to international markets.

Go to websiteBack to all work